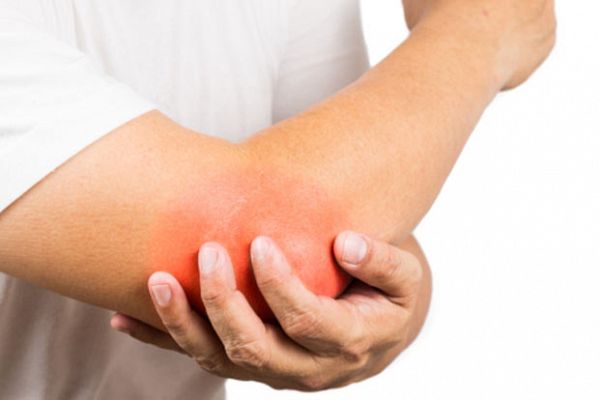 Does the outer part of your elbow hurt? And do you feel like it’s tough to grip things? You just might have tennis elbow.

If you’re a tennis player, you’ve undoubtedly heard of tennis elbow. It’s an inconvenience that affects many people, including tennis players. “Tennis elbow, or lateral epicondylitis, is a painful condition of the elbow caused by overuse,” according to the American Academy of Orthopedic Surgeons (AAOS). “Tennis elbow is an inflammation of the tendons that join the forearm muscles on the outside of the elbow.” This injury often occurs during repeated movements in tennis (like ground strokes). However, others can develop tennis elbow as well. “Painters, plumbers and carpenters are particularly prone to developing tennis elbow. Studies have shown that auto workers, cooks and even butchers get tennis elbow more often than the rest of the population. It is thought that the repetition and weight lifting required in these occupations leads to injury,” according to the AAOS.

So just what are the symptoms of tennis elbow? The most noticeable symptom is pain. Tennis elbow pain associated may radiate from the elbow into the forearm and wrist, according to the Mayo Clinic. Weakness is also common. This can make it difficult to perform regular tasks like turning a doorknob or holding onto something.

The Mayo Clinic says that age can be a factor in the development of tennis elbow -- it most often occurs between the ages of 30 and 50. That said, those of any age can develop this condition.

Further, occupation can play a role in the development of tennis elbow for people whose jobs include repetitive motions of the wrist and arm.