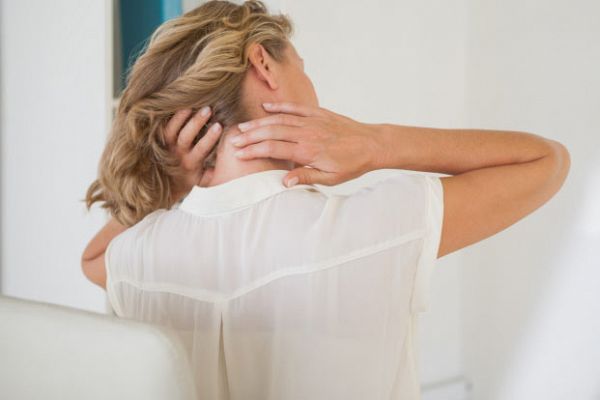 More than half of all Americans get a pain in the neck during the year. That’s according to the American Osteopathic Association (AOA), which found that 65 percent of Americans ages 18 to 34 claims to have experienced chronic pain, with neck pain the third-most common area on the body that generated pain.

A Gallup-Heathways survey backed up the AOA. It found that 31 percent of adults in the United States had some form of back or neck condition that generated pain, and at least 47 percent had at least one chronic area of pain. The poll used data from 350,000 people ages 18 and over, making it a landmark study of pain problems.

Because the neck’s movement is so crucial to home, work, travel, family life and practically everything a human can do, pain in the region is a major debilitation. Thus, it’s wise to do at least some exercises that will help strengthen this important body part.

Neck pain can be attributed to any number of causes. Some of the pain is derived from awkward positioning during sleep, or bad posture for an extended period.

But many neck injuries can be accidental – car crashes, lifting something too heavy, sporting injuries. Unless it’s the type of injury where other body parts are injured or the pain is excruciating, many people are reluctant to visit a doctor, hoping the neck pain will go away shortly. In some cases, they are correct. But others suffer needlessly for months and even years with neck pain.

EXERCISES FOR THE NECK AREA

One way to help with neck issues is to strengthen the surrounding muscles, making them better able to withstand any trauma or awkward positioning. That can not only help with the neck, but prevents pain from radiating down to other muscles surrounding it. As with any workout, it is important to avoid lifting anything that goes beyond any individual physical limits, as the neck is an area susceptible to bulging disk issues.

Here are a few exercises to strengthen the neck:

1)    Stretching - Start out by stretching the neck muscles to prepare them for any additional weight training. The stretching alone can help strength the neck and help with range of motion, but it also loosens the area up and prepares it for additional strength training. It also helps reduce the stress levels when you keep the neck in an odd position while sleeping, and can help with whiplash injuries when participating in contact sports.

2)    Barbell Shrugs - The upper part of the trapezius muscles is a part of the neck, so training that area helps strengthen the neck. This can be accomplished through barbell shrugs – which uses a barbell to lift the shoulders as high as possible without rotating them, holding at the top, and then releasing. This adds muscle mass to the upper back and neck areas.

3)    Dumbbell Shrugs – These utilize the same movements, only using hand-held dumbbells rather than the longer barbell. Three sets of 12 repetitions is typically recommended.

4)    Lateral Head Raise - With a head strap that is connected to a light weight, the user raises and lowers the weight in a series of repetitions. This helps directly strengthen the neck muscles. These exercises can all be performed during a single workout, but it is advisable to slowly build up the repetitions when starting out.

If injured while working out, or simply sore from sleeping in an awkward position, there are many home remedies that can bring some relief. The remedies can be taken separately or in combination with other treatments.

Over-the-counter pain relievers like acetaminophen, ibuprofen and naproxen sodium (sold under the trade names Tylenol, Advil, Motrin IB, and Aleve) are usually taken to relieve all sorts of muscle pain. It is wise to read the bottle’s directions and avoid taking more than the recommended dose. It is not advisable to drink alcohol while taking them. The liver and other organs may have a negative reaction to the combination.

Another popular home remedy is to alternate hot and cold compresses. The cold treatments, which can include ice in a towel or ice packs applied directly, can cut inflammation in a specific area. Alternate cold treatments with a heating pad or hot shower, concentrating on the afflicted area.

If there is not severe pain and stiffness, stretching exercises, including shoulder and neck rolls, may help to loosen the area. These exercises after most effective after the cold/hot treatments. If the pain increases during stretching, stop immediately.

Finally, a professional massage can loosen up areas and possibly move nerves back into alignment in the troubled area. The massage should not be overly-stimulating so as not to cause further damage.

If neck pain persists, it may be time to consider alternative therapies. A doctor can discuss what may be right and perhaps make a recommendation on an effective treatment plan.

Some alternative therapy solutions include:

*** Acupuncture – Practiced for many centuries in China, acupuncture began to gain acceptance in the United States in the 1970s, and is now accepted by many insurance plans. Acupuncture treatments insert tiny needles into various body points that represent areas of the system, then stimulate the needles with heat, rubbing or even electricity. The idea is to remove blocks on the Qi energy that’s bottlenecked in a particular location, restoring the yin and yang balance. The procedures are painless and usually lasts about a half-hour.

*** Chiropractic manipulation – This is performed by board-certified practitioners who align the spine with force. This can achieve strong results in patients who are willing to give up control to the skilled hands of the chiropractor, who can then align the joints back into proper shape.

*** Licensed Massage – Swedish (the most popular form in the U.S.), Shiatsu or even hot rock massages rub the muscles in the neck and restore alignment. Therapeutic massage has been found to help many chronic pain sufferers recover from debilitating injuries. It’s a relaxing technique that helps a patient unwind in our fast-paced society.

Degenerative vertebrae in aging necks are susceptible to increasing neck pain and potentially arthritis. That deterioration can be fought with strengthening exercises, good posture and stretching. Talk to a doctor about physical therapy that will concentrate on the afflicted area. Studies have shown good results with continued strengthening exercises.