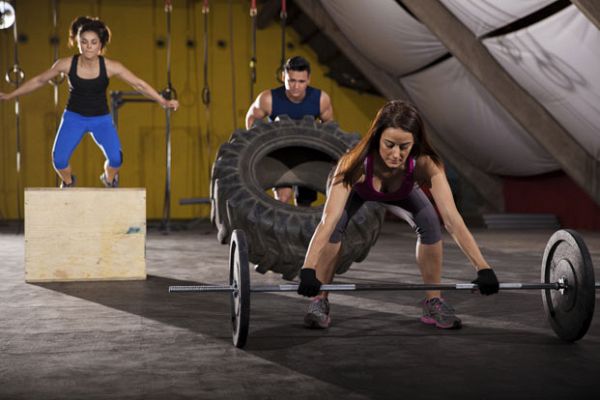 No pain, no gain. It’s one of the maxims of the gym. But exercise experts almost universally decry the notion that getting fit should produce agony, and they are increasingly focusing on one of the most popular gym programs in the world as a promoter of that outdated idea.

CrossFit is a global success story, practiced at more than 12,000 locations, with hundreds of thousands of adherents. The exercise program uses interval training and weights to challenge practitioners with strength and agility tests in a short timeframe.

More than a full-body workout, it also promotes a lifestyle of Paleo eating. The rigorous workouts and Paleo dieting will make any individual into a powerhouse -- or so the promoters claim.

The exercise regimen was promoted with a glowing portrayal on television’s 60 Minutes, in a segment that some critics claim didn’t dig deeply enough into some of the problems reported about the program. Others call it a cult-like organization that puts vulnerable people into dangerous activities.

There’s no doubt that CrossFit is seductive. It promotes a time-saving, high-intensity workout, and has extensive support networks for its participants. In a world where people are getting fatter and working longer hours, belonging to a group that’s fast, focused and supportive is highly tempting.

But then there are studies by some groups that provide worrying statistics.