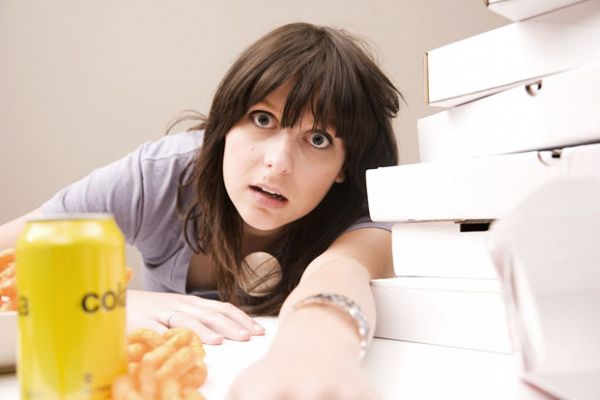 Binge eating is more than the occasional overindulgence in food. Instead, binge eating is defined as uncontrollable eating to excess and discomfort. Binges can happen at any time of day, and sufferers usually experience shame or guilt. Mental illnesses like low self-esteem, poor body image, stress and other conditions may accompany binge eating disorder.

Bingeing can occur with any particular food group and crosses the range between sweet, sour and salty foods. It is designated an official eating disorder, much like anorexia nervosa and bulimia nervosa, major public health problems for which there are no definitive answers yet.

It is estimated that one in 35 adults in the United States has binge eating disorder, according to the National Eating Disorders Institute. It is more common among women, but 40 percent of men also have the affliction. It is found in every ethnicity in roughly equal proportions. The bingeing tendency usually manifests in the late teens or early 20s.

Although most binge eaters are overweight or suffer from obesity, there are those who are of normal weight who partake in the practice. It is important to note that binge eaters are not bulimic. They do not purge to rid themselves after consuming food, leading to the weight gain associated with many who have the problem.

1)    Eating large amounts of food in a relatively short period, accompanied by a feeling that the consumption is out of control;