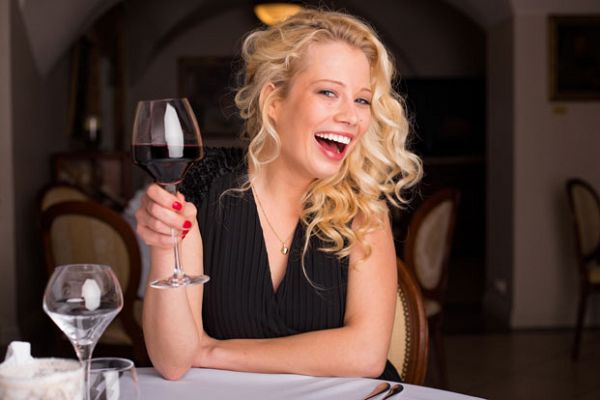 Heading to a party this weekend? Go ahead, wine a little. It’s good for your health.

Resveratrol -- it’s all the rage. This ingredient, which is found in red wine, has been said to have numerous health benefits. And the list just keeps getting longer.

A recent study found that the resveratrol found in red wine just might just equal the benefits of a cardiovascular workout. Wow!

This is said to be extremely helpful for those who can’t exercise. The Daily Herald reports that wine's benefits included improvement in physical performance and heart function. It also affected muscle strength in a similar way that a workout would.

The research, conducted by the University of Alberta in Canada, has just upped the ante when it comes to reasons to add wine to a routine. "I think resveratrol could help patient populations who want to exercise but are physically incapable," says lead researcher Jason Dyck, as reported in the article. "Resveratrol could mimic exercise for them or improve the benefits of the modest amount of exercise that they can do."

Other research has also shown promising effects when it comes to how wine can lead to gym-like effects. According to Medical Daily, researchers at Oregon State followed up on a previous study that found that wine can lead to weight loss. Their goal was to analyze how grapes affect the body.

Over a 10-week period, researchers gave mice a diet rich in fat. After they fattened up, the mice were divided into two groups: one that ate extracts from Pinot Noir grapes, and another who ate different foods, or as Medical Daily calls it, “mouse chow.”

Guess what? The mice who ate the grapes had lower blood sugar and stored less liver fat. This is thought to be because ellagic acid has a direct effect on fat cells -- both slowing growth and new cell formation.