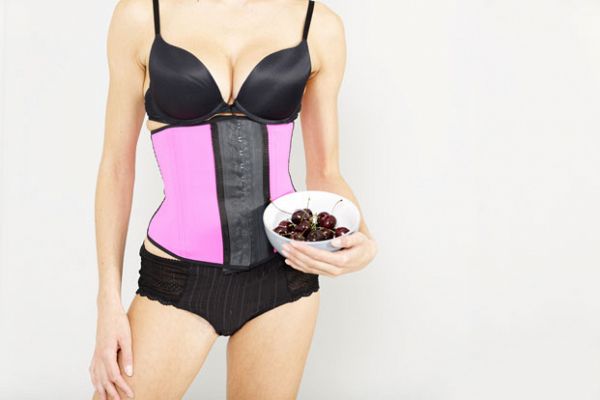 Kim Kardashian did it. Her sister Kourtney flaunted it. And Jessica Alba and Snooki even jumped on board.

So just what is this fad that has become all the rage in Hollywood?

It’s called waist training. And it has gained immense popularity over the past year.

Waist training is everywhere. As a result, celebrities have posted selfies of tiny waists bound by restricting corsets reminiscent of female style centuries ago. In fact, it has been reported that Jessica Alba wore a double corset around the clock for three months following childbirth.

Really, waist training is like stepping back into a time when women valued curves over cost. To the average consumer, these devices seem fantastic. Unfortunately, this quick fix is often described as one thing: dangerous.

This is why you should think three times before jumping to the tune of this popular trend and research it thoroughly.

Many doctors around the country are warning consumers of the hazards of waist trainers. That’s because seemingly harmless waist trainers can be detrimental to your health, especially if they are not custom fitted.

"Just because a celebrity promotes it doesn't mean that it's safe or that it works or that it's proven," spinal surgeon Dr. Paul Jeffords tells USA Today. "If I were to take a rubber band and wrap it around my finger tightly and leave it there for an hour, I'm going to have this indentation in my soft tissue, but it's not going to be permanent. An hour later, my finger is going to look normal again.”