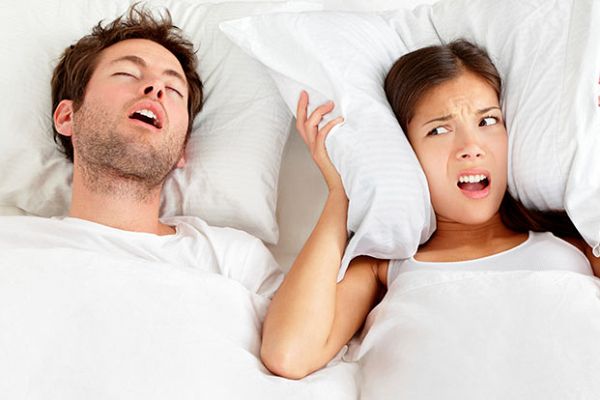 Snoring is the harsh sound that happens when breathing is obstructed while sleeping. But despite centuries of plays, radio broadcasts, films and television programming using the condition as a comic plot device, it’s no laughing matter. Snoring can indicate serious health problems, and we’re not only talking about the danger of assault from a sleepless bed partner.

Snoring happens when air is expelled along relaxed tissues in the throat. The tissues vibrate with respiration, causing the grunting, huffing and roaring snoring.

There are varying estimates on the number of Americans who have a snoring problem. Cox Health estimates that about 45 percent of the American population snores, with 25 percent of them classified as habitual snorers.

The Wisconsin Sleep Cohort Study, which researched snoring, claims that 44 percent of all men it surveyed and 28 percent of women were habitual snorers.

A problem so common doesn't sound like such a big deal, right? The danger in all cases is obstructive sleep apnea, which is a sleep disorder defined by labored breathing, repetitive pauses or gasps while sleeping, and snoring. The pauses are because the airway is either partially or totally obstructed during sleep, resulting in decreased oxygen flow. This cycle repeats during the night, stopping only when the snorer briefly awakens.

This sort of fragmented sleep results in tiredness the next day, which can be accompanied by reduced attention span, low energy level and poor concentration. In severe cases, the sufferer may fall asleep during the daytime, a particular danger while driving or operating machinery. It is estimated that sufferers awaken and go back to sleep as many as five times an hour, resulting in a totally broken sleep pattern.