Could You Spot Ebola?

Could You Spot Ebola? 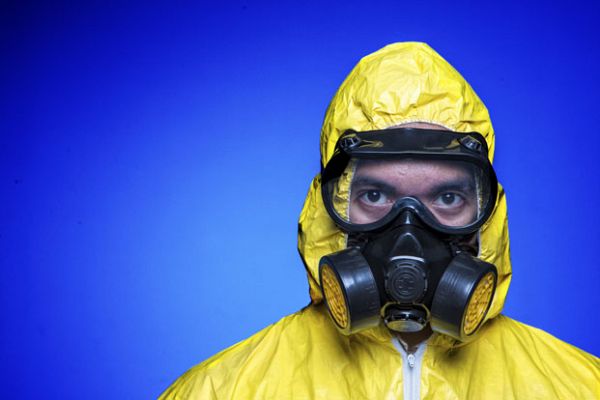 The Ebola virus disease (EVD) is an acute, deadly illness with a high mortality rate: up to 90 percent in past outbreaks, but with an average mortality rate of 50 percent. This highly contagious killer first popped up in 1976 with two simultaneous outbreaks: one in Nzara, Sudan, and one in Yambuku, Democratic Republic of Congo. The second outbreak occurred in a village near the Ebola River, where the disease gets its name.

It is thought that fruit bats are the natural host for the Ebola virus. However, the virus is spread to the human population through contact with the blood, secretions, organs or bodily fluids of a number of infected animals, ranging from the fruit bats themselves to chimpanzees, gorillas, monkeys, forest antelope and porcupines.

The disease is then spread through the population through contact with infected individuals and/or their body fluids. The first virus outbreaks occurred in remote villages in Central Africa, which limited the spread of the virus beyond the villages.

The current outbreak, which was first identified in March 2014, is the most widespread and complex outbreak since its discovery. There have been more deaths and diagnosed cases during this outbreak than there have been during all previous outbreaks combined, and it has spread between countries on a massive scale, finally breaching the U.S> borders in late 2014.

Now that Ebola has traveled into densely populated countries with mass transit and ready international air travel, would you know how to spot the Ebola virus, either in yourself or in a fellow traveler?

Early signs and symptoms of Ebola begin within 5 to 10 days of infection, but may have an onset as late as 21 days after exposure, and are so vague that they may not be immediately identified as the virus. Among them, per the World Health Organization (WHO), patients experience: