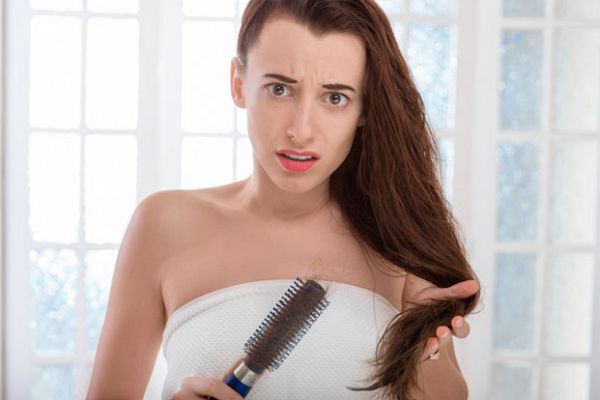 Alopecia areata is an autoimmune disease in which sudden hair loss occurs. Although medical researchers have not yet pinpointed a cause, it is believed to be tied to genetics.

When a person gets alopecia areata, patchy bald spots appear on sections of the scalp. Sometimes, the entire scalp and body is denuded of hair, including eyelashes, nasal hair and eyebrows. This is because the body’s immune system has gone haywire, ordering white blood cells – which normally help repel invasive viruses and bacteria – to attack the hair follicles from which hair sprouts.

The result is that the follicles become smaller and slow down their production of hair. Because people lose about 75 to 150 strands per day on average, this results in bald spots appearing or large clumps of hair falling out.

The good news that the stem cells that supply the hair follicle with new cells do not seem to be affected, which means there is hope of re-growing hair by stimulating the shaft to induce new growth.

About 2 percent of Americans in equal numbers of men and women get alopecia areata. There are no ethnic boundaries of the disease, but people younger than age 20 seem to be the biggest targets. People with a family history of alopecia areata are more likely to get it. People who suffer from another autoimmune disease, like Crohn’s disease, or those with allergies, may be more prone. One other tell-tale sign of the disease’s onset is that the fingernails and toes may develop an unusual shape, color or thickness and may also develop pitting or denting.