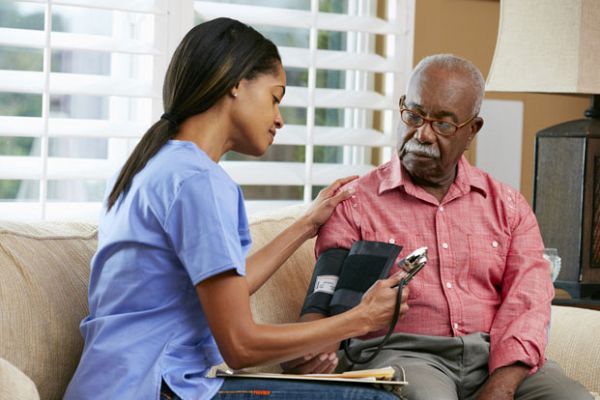 It's a frightening disease that struck 5.3 million Americans in 2015, and it's the sixth-leading cause of death in the United States. We're talking about Alzheimer's disease, but researchers are fighting the disease tooth and nail…and making breakthroughs every day.

One of those breakthroughs might lie in common medications. A Johns Hopkins study has found that people who take certain blood pressure medications were less likely to develop Alzheimer’s disease than those who did not.

The study, which came out in 2013 in the journal JAMA Neurology, discovered that blood pressure plays an important role in Alzheimer’s development. Specifically, those with lower than normal blood pressure were less likely to show brain changes that affect cognition and memory. Those with high blood pressure also were more likely to have biomarkers of Alzheimer’s in their spinal fluid. Another study showed that the more blood pressure varied over an eight-year period, the greater the risk of mental issues.

What’s it all mean? Researchers believe that high blood pressure damages the small blood vessels in the brain that can affect memory and thinking. So lowering blood pressure not only reduces the risk of heart attack and stroke, but also may affect the onset of Alzheimer’s disease.

The most recent study seems to have confirmed prior research that showed the blood pressure/Alzheimer’s linkage. The 2013 study actually confirmed prior work that showed potassium-sparing diuretics reduced Alzheimer's by close to 75 percent, while any type of anti-hypertensive medication seems to reduce risk by a third.