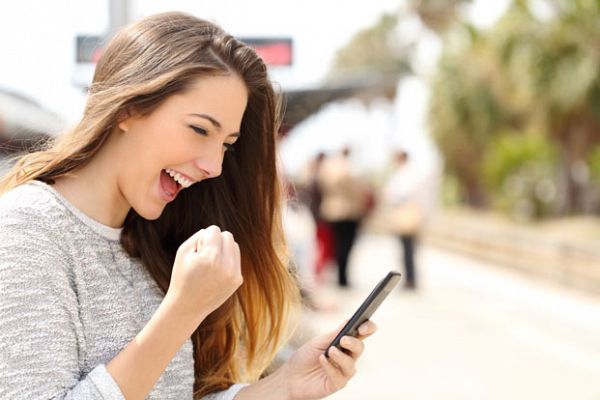 We use mobile phone applications for finding restaurants, staying in touch, checking the weather, getting an update on stocks and maybe playing a few games.

So it shouldn’t be surprising that an increasing number of smartphone owners use their devices to improve their mental health. Yes, the mobile phone has become your personal pocket-sized counselor, available 24/7 to help you navigate the peaks and valleys of daily living.

There are now more smartphones than there are Americans. As of January 2014, 90 percent of American adults own a cell phone, according to the Pew Research Institute. Not only do we own them, but we also depend on them. Pew Research Institute discovered that 29 percent of phone owners describe the device as “something they can’t imagine living without,” and 44 percent have slept with the phone next to the bed to ensure that they wouldn’t miss any updates during the night.

Pew Research Institute took its study a step further, describing those who have done one or more of several tasks as “just-in-time” users. These are people who have to solve a problem, decide whether to visit a business, find information to settle an argument, look up a sports score, get traffic or public transit information, and get help in an emergency. The number of people who do that is estimated at 62 percent of the adult smartphone user population.

Clearly, the mobile phone has become an essential tool of daily living. So it should be no surprise that these trusted devices help people deal with their psychological issues. It’s a happy convergence of technology and human needs. Medco Health Solutions, in a study of antidepressant, antipsychotic, attention deficit hyperactivity disorder drugs and anti-anxiety treatment users, reports that the number of Americans on medications used to treat these conditions has “substantially increased” since 2001.

The medical community is on board with the concept. The tools of an app can be used to screen potential patients, instead of having them search for a qualified clinic and undergo extensive testing. It’s also a way to reach an underserved population in teenagers, who are huge mobile phone users but whose mental disorders aren’t typically discovered fast enough. After all, suicide is the third-leading cause of death for those aged 15 to 24, which is prime cell phone use territory.

A SelfEcho survey of clinical psychologists discovered that 73 percent of respondents believe software that collects and aggregates data on patients would be valuable in tracking patient progress. Of those, about 68 percent believed that using more data in their practice would help them treat patients.

The biggest benefit of mobile phones is the ability to detect real-time changes in behavior, an indicator that can use the data to see where things may be going off track. A Dartmouth College app collected audio, motion and location data from 48 student volunteers for 10 weeks. The data collected correlated with changes in depression, stress and loneliness that was revealed in student surveys. The app’s data reveals details like physical activity, places visited, communication, sleeping patterns and the likelihood that someone has engaged in a face-to-face conversation.

We are at the very beginning of this brave new world of app psychology. In the future, the data collected may be used for early interventions on patients who may be non-compliant with medications, for one example. It is also not far-fetched that alarms may sound for patients with diagnosed depression who may significantly alter their daily habits in ways that signal trouble.


Here are six apps on the cutting edge of mental health that currently help patients cope with the world.

SIX APPS THAT CAN HELP

1)    Code Blue – This is an app that can provide support to struggling teenagers who suffer from depression or may be bullied. The users create a support group, and the app will alert that group when the teenager feels he or she needs some help. Outreach in text or a phone call follows, and the app will let the support group know the teen’s physical location in case they need to make an in-person visit. The app is free.

2)    Breathe2Relax – This is a stress management tool that suggests breathing exercises when the user is stressed. The breathing techniques are designed to ease stress, stabilize moods, manage anxiety and tamp down anger. It can be used in conjunction with other therapies or as a stand-alone tool. The app is free.

3)    Lantern – This app combines cognitive behavioral therapy with expert advice. Users take an assessment test that measures their current development in body, stress, mood, social life and sleep. Then the app will suggest a daily series of exercises based on that assessment, while matching with a coach trained in cognitive behavioral therapy who can answer questions and provide motivation. This is a subscription service that costs $75 per month and $398 per year.

4)    PTSD Coach – Developed by the United States Department of Veterans Affairs National Center for Post-Traumatic Stress Disorder, this app is used by military members and civilians who may suffer from the stress of a terrible experience in combat or civilian life. The app has a self-assessment tool that tracks symptoms of the disorder over time and provides tools for managing the symptoms discovered. It also allows the user to create lists of contacts that can provide personal support, locate treatment centers and – perhaps most important – gives a phone number for the National Suicide Prevention Hotline. This is a free app.


5)    Optimism – This, as the name implies, is a tool used by those suffering depression, bipolar disorder, anxiety and even post-traumatic stress disorder. After inputting answers to some questions, the app will help the patient identify patterns in their behavior and will suggest ways to avoid things that trigger their problem. It also allows a customized wellness plan that will help track coping mechanisms. This app is free.

6)    Talkspace – More than 200 licensed therapists are available via messaging, and users can find one to chat with at any time. The therapists then can suggest an in-person session to further provide help. The app is free but requires a subscription for added features like unlimited messaging, live video therapy or couples therapy.

These are just some of the many mobile phone applications that are appearing on the market, and in a stressful world, you can anticipate that more will be arriving as the mobile phone market continues to make inroads into daily living.