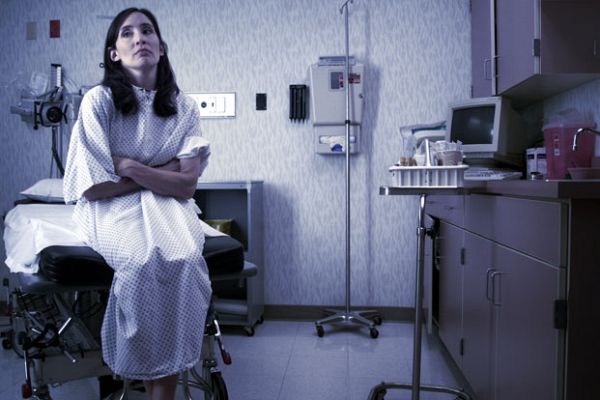 Let’s face it -- no one likes to go to the doctor. That’s because the mere thought of medical care can be terrifying and overwhelming.

Maybe your fear of going to the doctor is associated with the common belief that a simple visit to a physician is going to result in the diagnosis of a horrible disease. Or perhaps you’re scared of lifestyle changes (like a dietary revamp) often recommended by doctors.

Sure, avoidance can solve a problem at the moment. However, the consequences of steering clear of medical care can be life-threatening. Treatable conditions like diabetes, high cholesterol and high blood pressure can be missed and ultimately lead to death.

So what can you do to make routine health care experiences more tolerable?

Dealing with doctors begins with perspective. In other words, you’ve got to make an attempt to stay present in the reality of the moment.

“What creates anxiety is that people think about what it is they’re worried about repetitively. And often times, it’s blown up into a mountain instead of just being a molehill,” says Christopher Holly, a licensed clinical social worker based out of Illinois.

“Molehills” become mountains when the mind wanders and the situation at hand takes on a life of its own. For example, maybe your biggest fear is cancer. So you convince yourself that a health issue will ultimately be diagnosed as a life-threatening form of this disease.

This is what is called a case of the “what ifs.” In reality, you haven’t been to a doctor, so you don’t have any concrete facts. Your mind is creating a scenario that may not be true.