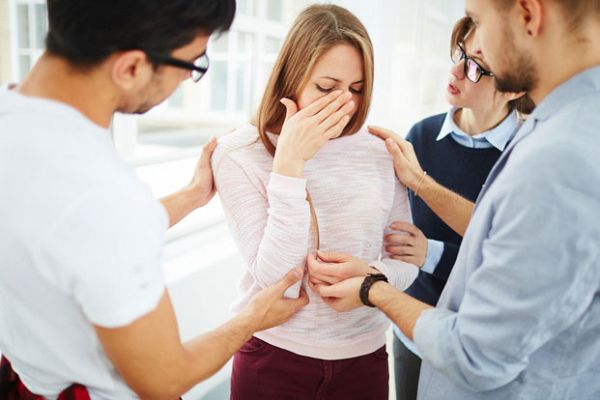 Did you know that suicide is the 10th-leading cause of death in America?

According to Suicide Awareness Voices of Education (SAVE), the U.S. Centers for Disease Control and Prevention (CDC) report that someone in the United States commits suicide every 12.3 minutes. That’s more than 100 suicides each day. And while the suicide rate decreased in the late 1990s, it has once again increased, with more than 38,000 Americans committing suicide each year.

This is why it’s important to what to do when suicidal behavior is present. According to the American Foundation for Suicide Prevention (AFSP), suicidal behavior takes many forms. The first sign to look for is a difference in your loved one’s behavior in general.

You may notice changes in how your loved one acts as well as completely new behaviors. The AFSP says to look for three factors that may influence behavior: a painful event, loss or general change. Experts say that these circumstances can be overwhelming and unbearable. As a result, it may seem more difficult to feel the pain than to live, which can lead to suicidal behavior.

It’s essential to notice what a person says. Suicidal behavior can manifest in the things people say. This is true if the person is concerned about being a burden to those around them or if he or she feels trapped. The person may talk of great pain and of having no reason to stick around in this life. Generally speaking, talk of the future may indicate a wanting to live and planning on being around in the future. But hopelessness, talk of no solution and unbearable emptiness can be warning signs.

Behavior is also important to observe. The AFSP says to look for alcohol or drug abuse. Is the person drinking or using drugs more than he or she usually would? And is he or she coherent, or so intoxicated that a life-ending decision could be made?