The Health Implications of Bug Bites

The Health Implications of Bug Bites 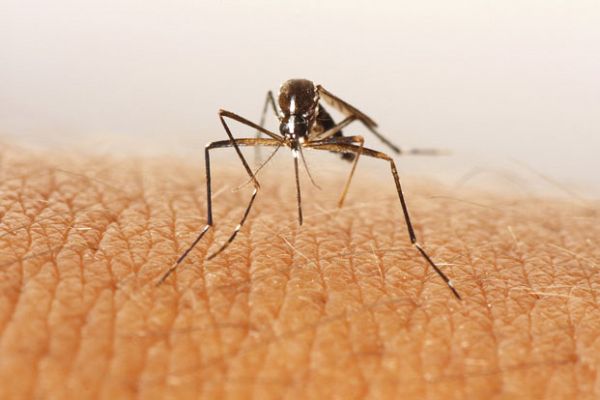 Those with common sense know enough to avoid alligators, grizzly bears, tigers, cobras and other dangerous animals. But the most deadly animal in the world is part of your everyday existence, particularly during the warmer summer months, and you may be encouraging its presence and attacks with your behavior.

We’re talking, of course, about the common mosquito. It’s a tiny terror that the World Health Organization estimates is responsible for the deaths of more than 1 million people around the world each year. Its bites cause malaria, which is the disease behind most of the deaths, and the WHO pegs the worldwide caseload at somewhere between 300 million and 500 million each year.

Smithsonian magazine notes that approximately 20 percent of people are particular targets for mosquitos. They are attracted to certain blood types, particularly Type O, the most common blood category. And even if you don’t have that, about 85 percent of people secrete a chemical signal that reveals the blood type to the mosquito.

Worse, mosquitos are attracted to carbon dioxide, emitted when you breathe. That means if you’re a large person, it’s mosquito heaven. Sweat, skin bacteria and high body temperatures also attract the bugs, and pregnancy is a particular marker. Even worse news – if you drink beer, mosquitos may love you to death. No one knows why, but it brings them out in droves.

Although the mosquito is the worst of the worst when it comes to causing death, they aren’t believed to be the worst stinging and biting offenders. The majority of insect stings in the United States are attributed to hornets, wasps, yellow jackets and bees. That may be because no one is bothering to call the Centers for Disease Control and Prevention from their backyard barbecue to report stings, but it’s what current statistics show. The red or black fire ant is a big contributor as well to the insect-bitten ranks.