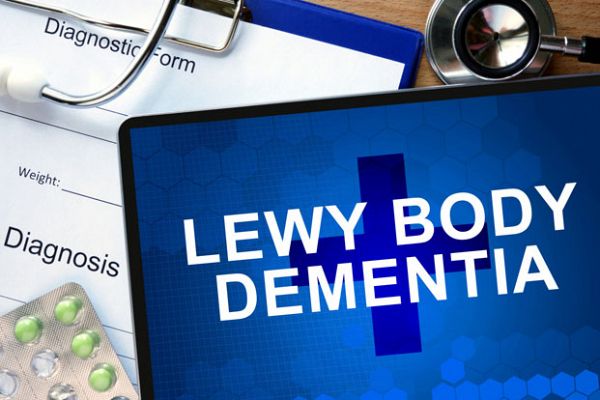 Lewy body dementia is the second most prevalent form of Alzheimer’s disease, causing a progressive loss of mental abilities and sometimes visual hallucinations. This can lead to some unusual conversations between the afflicted and people who are not present or animals that are no longer with them.

Lewy body dementia can also affect the alertness levels of its victims, causing long periods of staring into space or daytime drowsiness. Eventually, the disease can progress to a Parkinson’s disease-like state, wherein the afflicted person has tremors, rigid muscles and slowed movements.

As with all Alzheimer’s, the cause is believed to be related to a clogged system. Protein deposits called Lewy bodies can develop in various regions of the brain, affecting nerve cells that control memory, thinking and motor control.

That causes the external symptoms, which include hallucinations (which can be visual, auditory, olfactory or tactile); movement disorders, including a shuffling gait; and body functions that go askew from normal function, featuring drops in blood pressure, affected pulse, digestive issues and sweating. As a result of the issues, locomotion may be affected, patients may experience dizziness, and bowel issues may become significant.

In addition, the Lewy Body Dementia patient may have sleep issues, with the disorder causing the patient to act out their dreams in their sleep; and cognitive issues, including confusion and memory loss. Speech may also be disorganized in the latter stages of the disease.