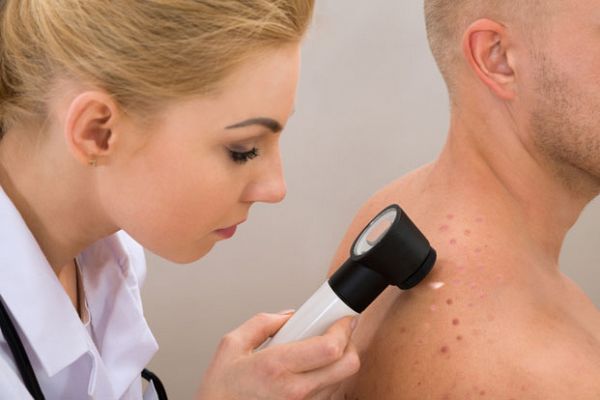 “Don't be a paleface,” read the ad. The Coppertone dog nipping at the girl's bikini was on billboards. It was a suntan lotion; it promoted tanning. The use of skin protection as signs of an elevation in health consciousness was not yet part of the mainstream message.

Today, most people understand the benefits of protecting skin, but that doesn't necessarily mean they're vigilant about their exposure. And in many incidences of melanoma, the danger has been present since a childhood spent in the sun – complete with frequent sunburns and a lack of sunscreen.

CancerQuest.org lists infrequent but intense exposure to sunlight during childhood as a major risk factor. In fact, the number-one risk factor for melanoma is exposure to sunlight, specifically ultraviolet light (UV) rays. It seems that an increase of blistering sunburns positively correlates to developing melanoma. Skin care experts overwhelmingly agree that how skin is treated and exposed to the sun make a significant difference in skin problems, including skin cancer, later in life.

Melanoma: Who is at risk?

Family history and skin type are two major risk factors for melanoma. Ten percent of people who have melanoma have family members who have had it, and worldwide, Caucasian populations have the highest risk of contracting melanoma. In fact, Caucasian-Americans are 23 times more likely to develop melanoma than African-Americans. Asian populations have the lowest risk worldwide.